From solo artists to full bands, from songwriting and production services to composing for Film, TV, and Ads, we can walk you through the entire process of planning, executing, and publishing a radio-ready recording. We consult on copyright, royalties, streaming platforms, publishing, and media duplication.

We provide Podcast Production and YouTube Services including recording, editing, mixing and mastering, creating intros and outros for podcasts, YouTube channels, and audiobooks.

We have daytime, evening, and weekend time slots to work around your schedule. We have artists that record 10 songs over 10 weeks, and others who knock out 10 songs in a single day. It’s all good! Call us at 207-212-5100 about your next audio project.

Tracking and editing of recorded music, audiobook narration, and spoken word. Bring your song, instruments, or band. Play it all, or have us help with that.

Mixing is creating a finished, ready-to-publish song or audio work from the individual recorded tracks by optimizing, balancing, and blending to achieve the desired sound.

A Producer can help to bring your song to life by overseeing the performance, assisting with writing lyrics and music, instrument selection, sound design, and effects.

Our songwriters can compose music for your song, video, commercial, or film for both standard and orchestral instruments, voice, synthesizers, pads, and provide creative sound design.

A perfect facility for the recording, editing, and mastering of your spoken word or audiobook project to prepare it for approval by Audible and other popular audiobook platforms.

Need help with your songs? We’ve got you covered. Our studio session musicians are available to add any instruments to your songs, as well as main vocals and harmonies. 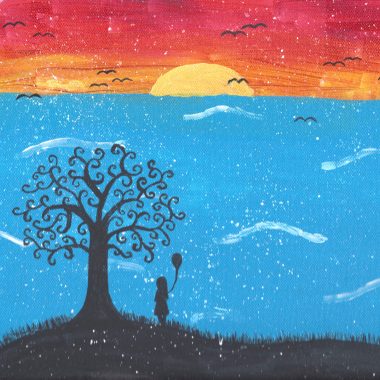 16-year-old Emma was delightful to work with in producing this original song of hers. It has a powerful message. All of the instrumentation and arrangement was provided by Core Zero Studio, with Joe Rawls on Drums, Bass, and Guitars, and Eric Bryant on everything else, including creative sound design and orchestration.

About The Room & Gear

Located in rural Hebron, Maine USA, Core Zero Studio is a tuned 24×24 room with a vaulted ceiling, 2 Isolation Booths, a Pearl GLX Drum Kit, a gaggle of Keyboards, an Electric Guitar Workstation with Amps, and most importantly: the most comfortable red leather couch in all of New England.

We use Apple Mac Mini’s and iMacs with both Intel and M1 chips, a Quantum 2626 Thunderbolt 3 interface, a Focusrite 18i20 3rd Gen interface, an Audient ASP-800 preamp, a few microphones, and software… oh, the software… In addition to Studio One Pro, Cubase Pro, and ProTools, we’ve got Native Instruments Komplete 13, a slew of VST synths, Waves Mercury, Abbey Road, SSL, Slate Everything Bundle, all the iZotope Advanced goodies, Mainstage, and so much more.

In addition to the comfortable, nonjudgmental atmosphere here, supporting the creativity of this space are close to 1,000 Virtual Instruments and Audio Plugins. And with those VST’s, thousands upon thousands of patches to peruse. Samples? We’ve got “a few”… say, a half-million and counting. Just saying, it’s a super-creative space.

The studio is available for session work, songwriting sessions, recording and mixing with an engineer, or for rental by the hour or day without an engineer. Owner and Recording & Mix Engineer Eric Bryant began playing in church at age 11 and later attended Full Sail University. He went on to engineer at The Dallas Sound Lab, and now resides in Maine where he still plays, sings, records, mixes, and composes audio for Libraries, TV, Film, Audiobooks, and Podcasts.

What People Are Saying About Core Zero Studio

"I’ve known Eric for years, as friends, as Jesus Freaks, and as worship leaders. I was pleasantly surprised when I visited Core Zero Studio. Eric and his wife, Tina, have really done it up right with some state of the art gear. And it looks amazing (not to mention fun) and the sound is incredible! Any recording artist would feel right at home and get inspired to create right out of the gate. I enjoy writing and recording worship music, but I’m not a keyboardist, so I fudge my way through creating parts that I hear in my head. One thing I loved about connecting with Eric at Core Zero Studio is that he’s a skilled keyboard player. I simply sent him the wav files to my song and when I got there he had already recorded some sample stems and we proceeded to spend some time working to bring my ideas to reality. Not only does Eric’s year's of training give you a quality product, he’s a stand up guy with a heart for the Lord, so you can feel confident working with him. I highly recommend Core Zero Studio to anyone looking to bring their songs to life."
Mike WardBeacon One Recordings
"I've really enjoyed working with Eric and others at Core Zero Studio. It's a spirit-filled atmosphere with a very professional approach to the actual recording, yet the setting is very relaxed, with good fellowship and always some good laughs. I'm looking forward to see how God is going to use Eric and the studio for His glory."
Mark PendletonSession Musician
"Working with Eric and his crew at Core Zero Studio is always filled with encouragement and patience, which, for a new musician is very much needed! I appreciate the feedback he gives to direct and fully develop the music I’ve written. It helps me to see all that goes into producing songs, and I’m grateful to have someone with so much experience leading the way. The studio itself is a comfortable and calm space. There’s never any judgment or pressure given there, and there’s always room for people to make mistakes and learn from them. I highly recommend working with Eric and his crew if you ever get the chance. It’s such a sweet and amazing experience. Keep doing what you’re doing Core Zero Studio! You’re certainly paving the way for the music industry in terms of hospitality and innovation."
VictorySongwriter & Recording Artist • He Reigns
"Eric is such a blast to work with! He takes an artist-centered approach and meets musicians where they are. The studio has been referred to as "a breeding ground for fresh ideas" and I truly believe that any artist who chooses to do a project at Core Zero Studio will find themselves uplifted, refreshed, and encouraged, taking home a product better than what they walked in hoping for. Eric is dedicated to excellence, and will not stop until the project is complete and the song has been served."
MonicaProject Heartbeat
"Thank you Eric for being an incredible mentor and being here with me for this amazing experience. I appreciate everything you’ve done for me and my song. Thank you so much for helping me put it out there!"
Emma MadeleineSongwriter & Recording Artist • Breathe Again
"I’m so proud of my daughter Emma for the song she’s created, “Breathe Again”. Thank you, Eric, for all the work you put into producing and playing on this song. You have made a big difference for her."
Denis Moreau
"Entering Core Zero Studio for the first time is mind-blowing – not what you’d expect in rural Maine. I don’t know much about the electronic side of music production, but my ears know good sound. The first time I rehearsed with Eric, all I could say was “Wow!” I was amazed at the clarity and fullness of the sound. I’m an average singer who plays a simple concert ukulele and I’d never heard my voice or my little instrument sound so good. His equipment is state-of-the-art and his expertise in utilizing it is evident. As a worship leader, rehearsing at Core Zero Studio is a double blessing. The sound production is amazing, and this man of many talents is also at his “core” a man of God. The studio is a place of peace and harmony that goes far deeper than music. A visit to Core Zero Studio is always a delightful experience."
Carol ClarkWorship Leader
Eric, thanks again for taking so much time with us on Saturday. We came home the four of us and all we talked about was your kindness and amazing studio. Our son is a sponge and took it all in. Such good information and your willingness to share it was over the top. Hope to stop by again soon and maybe even jam a little. Thank you from all of us. Peace!
Réal CLos Pingüinos
Our first experience recording 3 audiobooks with Eric at Core Zero Studio was so amazing! Eric is such a gracious and patient man. He was extremely easygoing and very down to earth. He’s very knowledgeable and readily shares and teaches you as you go. The beautiful studio is well-equipped, and can accommodate all your recording needs. I’m very thankful for Eric and pray God’s continued blessings be upon him and Core Zero Studio.
Joshua and Bethany Marking
Eric, your servant heart and quiet technical support was the catalyst for the group, and yet with you, it’s just the tip of the iceberg. Wide horizons and collaborative humility – what’s not to like? People will queue up to work with you, and your production and writing skills and speed will bring music to the ears of millions. You are on the elevator to the high table. You are that guy! Proud to have worked with you today."
Gerry O. - ScotlandSongwriter
Previous
Next

A Creative Space. Experience It.

Some of our Clients

Don't Miss Out on All the Fun!
You Know What to Do!